Craziest Laws in the US of A 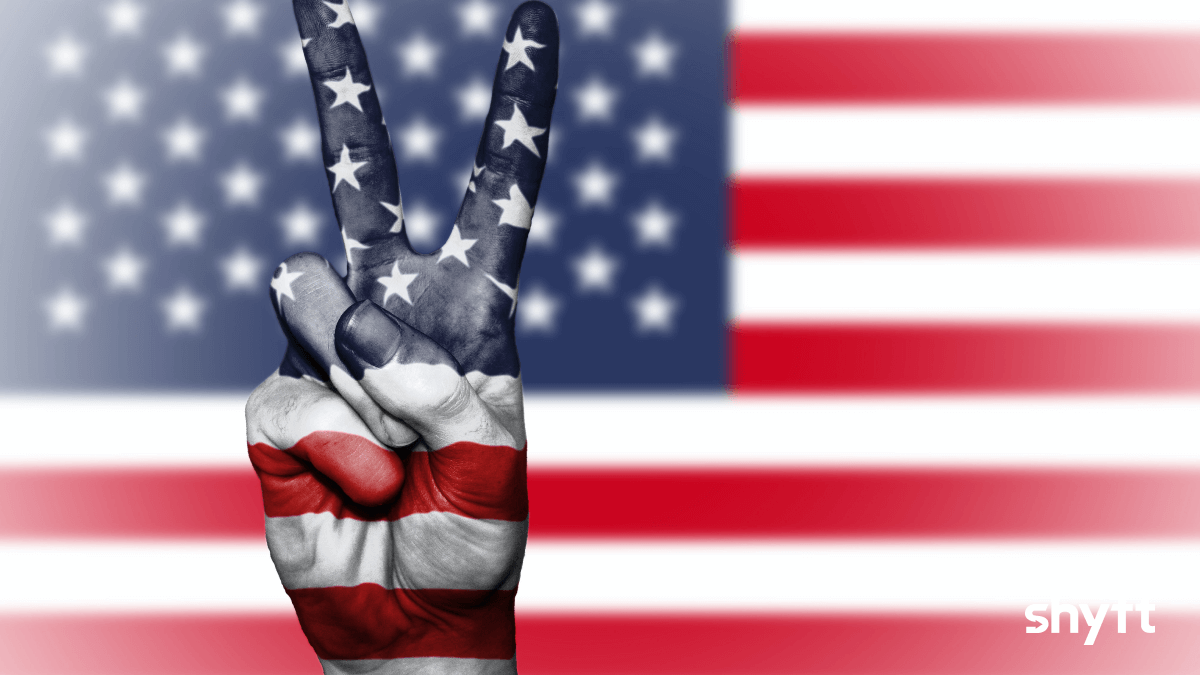 The USA can be viewed as a collection of mini countries in one continent, much like Europe, Asia, and Africa actually are. Except they are all under one flag. Every state in the US has their own laws, hence the "mini countries" introduction. Therefore, when making a move to the US, it would be wise to familiarize yourself with the laws, even the weird and crazy laws in the US. Maybe the strange state laws can attract you to make the move. Such as, by law, pickles have to bounce in Connecticut, or Delaware states that it is illegal for you to sell cat/ dog hair, even if the pet belongs to you. Let’s find out more on crazy laws in the US!

STD? No Marriage for You in Nebraska

So… Nevada Never Sits on The Sidewalk

No Couches on the Porch in Colorado

The University of Colorado is responsible for this law coming into action. Back in the day, there were couch bonfires making the state implement the law as to keep porches and couches separate. Best to move your old couch to the sidewalk. At least people are allowed to sit on it, unlike in Nevada!

Keep Your Eyes on The Road Without a Blindfold in Alabama

This one does make sense, but it is taken a step further in Alabama, where it is illegal to drive blindfolded. It should be common knowledge to keep your eyes on the road, but sometimes people can get unusual ideas in their heads, certainly for a dare…

Move Out of State

No Pets in The Back of Open Vehicles in Alaska

Sticking to the theme of cars, Alaska has outlawed that pets, in particular dogs, cannot feel the cool breezing air of a road trip if their tails wag lower than 46 inches (116.84 cm).

In the 1920s, this law was put into play in Florida due to the Ringling Bros Circus coming to the state. And, it has been in effect ever since. Basically, any animal from a horse, elephant, even a camel has to pay, well, their owners have to pay a parking fee for the animals.

A lot happened in the 1920s to bring about unusual laws. In Arizona, donkeys are not allowed to sleep in a bathtub. They can stand in one, but make sure they do not doze off!

Humans Cannot Sleep in The Cheese Factory in South Dakota

This law is put into place more for safety than employees taking a nap. People operating heavy machinery cannot doze off while at work. Better get a good night's sleep beforehand.

Living on the Sea? Best Not to Be on a Boat in Georgia

Some people would love to live off the sea, preferably in a boat. However, Georgia does let you do so but only for a month. So best to make another plan, or to make a house on stilts.

No Sweeping Debris into the Streets in Idaho

If you want to clean the public area outside of your home, you best grab a bag to hold the debris since sweeping it into a public street, like a highway or even an alley, is against the law in Idaho.

Want to Remarry? Make Sure it is Not the Fourth Time in Kentucky

Marriage is a wonderful thing, and re-falling in love is also grand. However, in Kentucky, a woman is not allowed to marry the same man for the fourth time. Therefore, they best keep the third marriage going or become life-long partners without the marriage certificate.

Surprise Pizza is Illegal in Louisiana

Most people love pizzas, and the idea to get one unexpectedly can be a real… treat. However, that is not the case in Louisiana since it is considered a form of harassment if someone gets a surprise pizza. The sender can be fined over $500!

No Pet Rats in Montana

Montana does not seem to be a fan of rats. So much so that it is illegal to raise a rat. As well as to sell one, or even give one as a gift.

No Dyed Chickens in Ohio

Dying chickens or rabbits even is not really a good thing to do, it is animal cruelty. Ohio took note of this, kind of, with outlawing the selling of rabbits or chickens who have been dyed in different colors. Owning them may be a different story. But, please do not do it.

No Parking in front of Dunkin' Donuts in Maine

Dunkin' Donuts seem to be known more for their coffee than their donuts. However, in Maine, you cannot enjoy the caffeine in front of a Dunkin' Donuts parking lot. The state believes that it can cause a traffic jam, hence grab your coffee and go!

Seaweed Stays Where it is in New Hampshire

New Hampshire likes their seaweed where it is. Therefore, if you want to take some home with you, do not since it has been illegal to pick up or carry seaweed since 1973.

Sell Your Blood or Hair, Just Not Your Organs in Texas

Texas has outlawed the selling of human tissue and organs. But hair or blood selling they are cool with that.

Written Permission to Own False Teeth in Vermont

Fake teeth can be a necessity for some people, and there is nothing wrong with that. Unless you are a married woman in Vermont, then you would have to get written permission from the husband to get shiny false teeth so that you can chew your food.

Long Distance Move To Another State

Owning an expensive house can look great with artwork in and around it. Even if you are not a big fan of art, you have to have pricey artworks in your over $100 000 home in Wyoming. This law was put in place for a good reason, and that was to strengthen the art agencies in the state. You will get used to it.

No Hats in the Theaters in West Virginia

Theaters and cinemas are great venues for watching amazing showings. But you are not alone in them. Therefore, West Virginia took this to heart and outlawed wearing a hat inside a theater since it can block the view of people sitting behind you.

You Better Love Butter in Wisconsin

Butter. People like butter. Wisconsin loves its brand of butter. But if you are not a fan, then you will have a problem since butter substitutes such as margarine are not allowed to be served in public restaurants unless you request it. You can say you have an allergic reaction to butter if need be.

Trick-or-Treat till You Are 14 in Virginia

Halloween is the time for treats and tricks. However, Virginia has an age limit when it comes to trick-or-treating, and it is up till the age of 14 years old. This was put in place to discourage teens from tricking on hallows eve. Plus, the law that no one can trick-or-threat after 8 pm. Best to get your kids treats on the way before the curfew.

Pinball is a fairly harmless game unless your temper gets the better of you. However, in South Carolina, you cannot play the game if you are below 18 years old. If you do, you will get a status offense violation.

Tennessee passed this law in 2011 as a way to go after hackers selling log-in information. But, the downside is that it is targeted at those outside of the hacking world. Unless they live under the same roof.

Paying for Psychic Reading is Illegal in Pennsylvania

Knowing the future can be a curse or a gift. But if you are living in Pennsylvania, you would want to make sure that your fortune-teller does not charge you for the reading. This is against the law to have tarot card readings, palm readings, etc., in exchange for money. This can be great for you but bad for them, even if you can find any in the state.

Massachusetts seems to be more for fortune-tellers than Pennsylvania. This is good if you are a fortune-teller who has lived in the state for about a year. This is so that you can get your license and that people do not get scammed due to false predictions. Well, at least in theory.

No Fireworks After 11 pm in North Dakota

The idea of fireworks is to celebrate, be it the Fourth of July or New Year's Eve. But North Dakota has banned the use of fireworks after 11 pm, making it an issue for the New Year. On the bright side, you can start launching at 8 am. And, dog lovers, and their pups, are certainly grateful for this law.

No Slipper After 10 pm in New York

Remote working means that you can wear anything below the chest, and this includes those comfy slippers. Unless you are in New York, then you would have to take them off after 10 pm.

Not Allowed to Vote in New Mexico

Everyone should have the right to vote. New Mexico does have limits when it comes to this, though. And, the limit is not gender but criminals and people who have mental disabilities. The former are those that were convicted of an infamous crime or felonious.

Do Not Tire Screech in Kansas

Screeching your tires is something that does happen. However, it cannot in Kansas, where it is against the law for your tires to make a noise while stopping, as well as leaving tracks.

Minnesota is a fan of their clean streets. Therefore, they have outlawed dirty tires to be on their roads. Best get to clean before you enter the state.

Sell Your Car Before Sunday in Michigan

Are you living in Michigan? Want to sell your car? Do it before Sunday. Since 1953 it was stated as being unlawful to trade or sell cars on a Sunday. You are meant to be spending time with the family, hanging with friends, as well as going to Church.

Here we have a tower. In California, you cannot whistle nor call for your lost canary before 7 am. Best get those "lost signs'' up high. While in Arkansas, you are prohibited from honking near a sandwich store after 9 pm. Well, you would not want to wake the sandwiches.

There are so many odd, strange, even crazy laws in the US. It is no wonder that moving to a new state often feels like entering a new world.

Now that you are more familiar with the crazy laws of the US, where some you may have expected, but others not so much, it is time to plan your move. If you are not a fan of move organization, don't worry, Shyft is here to do the boring stuff for you. Shyft is a moving organization company that gets you from your current home to the new one. And, saves you money as well as nerves, plus a ton of time. Contact Shyft to get more info and meet your (yep, your) Move Assistant when you want to since they will call you when you say.