The Allure of Nashville - And Why You Want to Move There 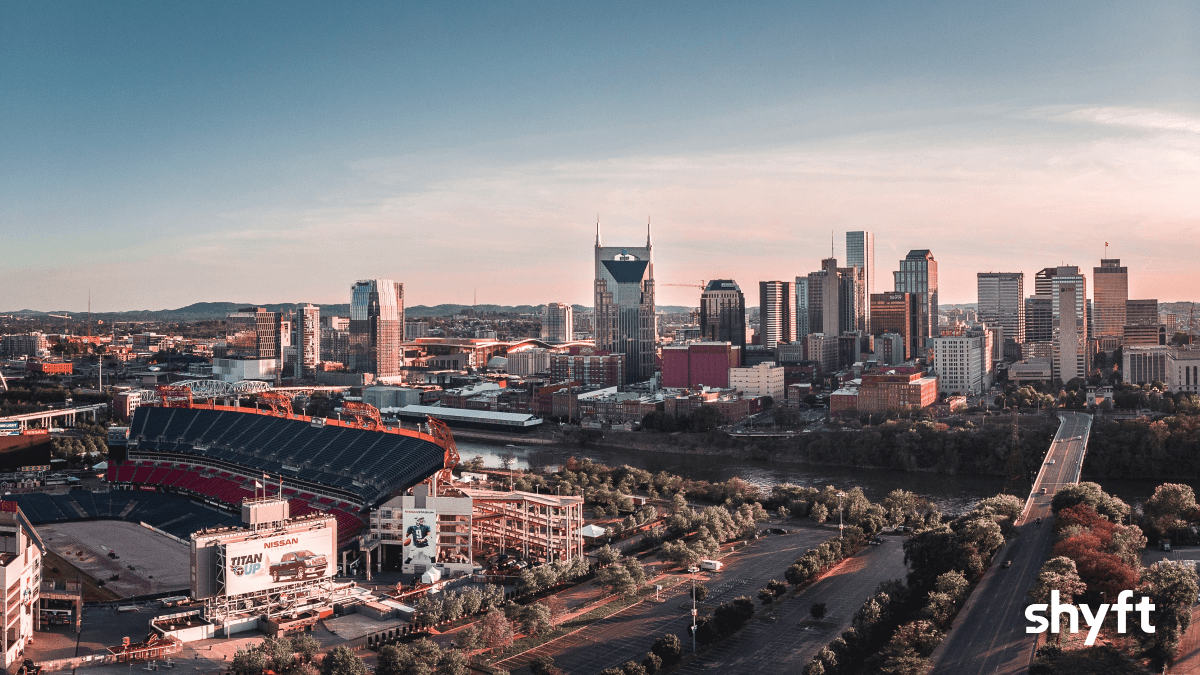 Nashville, TN is one of the fastest-growing cities in the USA when it comes to homeowners and companies looking for a place to settle down in. Nashville is nicknamed the Music City, due to its influx of modern and classic country music. However, there is more to the city than just that. There is a reason why this city of music is the 24th most populous city. Check the reasons to move to Nashville. And, we will riff into why.

While Nashville is filled to the brim with entertainment, it also has a strong educational system with many fantastic institutions. Not only is it nicknamed The Music City but it can also be called the Athens of the South. This is due to its learning establishments.

So much so that there are two of the largest colleges: Vanderbilt University and Tennessee State University. These universities have made Nashville their home for decades. Furthermore, there are also countless private and public schools in the areas all offering high-quality education.

So far nine high schools, as well as two colleges, have earned top spots on the rankings for the US News and World Reports. This, as you can see, is not a small feat. Higher education is made in Nashville. Plus, it also has the world’s only full-size replica of the Parthenon, just to let you know.

Cost of Living in Nashville,TN

One of the greatest draws to Tennessee, which will be the only ten you’ll see, we had to, is the cost of living. Nashville in particular is a city that is growing in high demand. And, its cost of living is helping with that.

The cost of living is three percent below the national average, and the average salary is about 66 846 USD with homes going for 250 600 USD on average. The economy has been stable since the Great Recession and there is no sign of decline. Nashville is becoming a popular place to live. Hence, why so many people and companies are taking the plunge into the land of music and job opportunities. Speaking of job opportunities…

Everyone of legal age wants to be independent, and the best way to achieve this is by being employed either by yourself, or a company. Well, nothing is guaranteed, the chances of getting work in Nashville are viewed as being higher than in many other cities.

The unemployment rate is currently 3.3 percent which is 0.4 percent under the national average of 3,7 percent. Plus, many Fortune 500 companies have made Nashville their home. Such as the likes of Dollar General, Community Health Systems, Hospital Corporation of America, and Tractor Supply Company. Even Nissan is based in the ville of Nash. Not to mention the countless new start-ups that tend to pop up every so often.

Where to Live in Nashville

While employment and a lower cost of living are very important it can mean very little if you do not have a place to live in. Luckily Nashville has many great neighborhoods, with wonderful homes, just waiting for you to become their life-long resident.

SoBro and Downtown have a collection of great apartments, some even have access to a pool to ward off the heat. Plus, these two neighborhoods are in the center of the city giving close and full access to the fun that the town has to offer.

Students on the other hand may want to look at Hillsboro which is close to a few major universities. However, if you are looking for a more modern take on living and architecture then Germantown is calling out to you.

Furthermore, there is also the Gulch neighborhood which has had a lot of regeneration done to it, to make it stand out and be more within modern times.

Not to mention 12 South with great properties. But you may want to grab one soon since the prices are on the increase. If you are more into the traditional allure of Tennessee then look no further, or do if you want, to Belle Meade. If suburbs are more your calling with great gardens, wonderful houses, and space to breathe, then you cannot go wrong with Brentwood which is found in the South from the center.

When it comes to food, there are many of the best places to eat in Nashville just waiting for you to try them out. As well as to become a regular if you like them. Certainly so when it comes to Country-style southern food. So much so that the Travel+Leisure magazine ranked Nashville as the 13th “snobbiest” (in the best sense of the word) in the US.

A place that has recently opened up, in 2021 is the White Limozeen. It is an all-pink, and stylish venue on the roof of the Graduate Hotel that serves global foods, seafood. And outstanding cocktails. The name may have given it away that this restaurant/ bar is dedicated to Dolly Parton. Therefore, if you are in the area why not stop by the Dolly Parton bar, Nashville, TN, and give a toast to one of the greatest country singers ever.

Head around the city and try out its hot chicken, bucket-full of barbecues, and its beers. Furthermore, Nashville is also home to many markets for those that have cooking fingers instead of going out to eat thoughts.

There is the Nashville Farmer’s Market which is not in just one location but is spread over different areas of the city. There are usually above five to 100 farmers from the North and South Farm Sheds home. Also, this market also hosts many crafts and flea sheds over the weekend as well as some cooking classes to get you to make your own Southern food at home.

Another market highlight is the Little Fish Company which is not little and has been about for half a century. As the name suggests they offer fresh seafood and fish. But, also other types of meats. Furthermore, they are open from Tuesdays to Saturdays.

And last but not least we present to you the Porter Flea which is a new addition to the best markets in Nashville. This is an interesting one, in that it only happens in the summer, and it has over 90 vendors on site. However, these vendors were actually chosen by a jury, and the vendors offer accessories, furniture, handmade wares, and more. Plus, there are also food trucks on-site to get your fill.

One cannot talk about Nashville without talking about Country Music. However, there is also a wide range of genres outside of the country road that you can listen to while living in Nashville. Such as the likes of Gospel Music, the Nashville Symphony Orchestra and so much more. You can even catch some old-school or modern-day rock music.

The venues you may want to check out that host live music often for old and new artists are:

Just to name a few.

Don’t Forget About The Festivals

There are many music festivals happening in the city such as Nashville’s Oktoberfest in, you guessed it, Germantown. You can also check out Memphis, Smithville Fiddlers’ Jamboree, Bluegrass Festival, James D. Vaughan Quartet Festival, Fun Fest and so much more when it comes to Nashville concerts in 2021 and Tennessee Music Festivals.

But, Nashville not only has music it also has other cultural events such as the  Nashville Film Festival which is one of the largest as well as longest-running ones in the South. There is also the Tennessee State Fair which you can check out in mid-September. There is also something happening in the City of Music, even outside of music.

Nashville not only offers music and other cultural gatherings and events but there are also sports. Sports lovers can live in the city that has no less than five professional teams such as the Nashville Predators and the Tennessee Titans who play in the National Hockey League and the National Football League, respectively. Plus, you can watch the Tennessee Titans every football season play in the Nissan Stadium.

If soccer is more your thing you can catch the Nashville Metros or if you are more into Australian rules football and Netball then the Nashville Kangaroos are the ones to follow.

Another alluring site for Nashville is the outdoors. There are many parks for you and your family to walk through. And check out the gorgeous plants on display. There is Shelby Park as well as Centennial Park.

And if you head east you can come across the Great Smoky Mountains National Park, which just so happens to be the most visited National Park in the USA. It is here that you can get some wonderful hiking done among other places.

But, being outdoors can all depend on the weather. Nashville weather is known for its muggy and hot summers where the temperatures can go between 31°F to 90°F. At most 96°F. In winter, you can expect wet, as well as cold with temperatures at 16°F, rarely does it go below.

So you can expect some snow in winter. So, the best times to go to the parks would be mid-May to late June or early August to the start of October. Just to give you a heads-up.

Shyft To The Rescue

Hopefully, we have given you a bit of a taste of what to expect in Nashville, but there is so much more to the city such as the Nashville library, the main music-inspired museums, the friendly, future neighbors. If you are interested in moving to the City of Music but are turned off by the planning, organizing, and searching for professional movers then we have an idea for you to use.

Your personal moving organizer that supplies you with a real-life Move Assistant to guide you every single step of the way from your inventory list to unlocking the front door of your new home.

Shyft organizes every aspect of moving for you and they start with a video call that is at a time suited to your schedule. It is here that they write down your inventory list and send it to you without half an hour for you to check.

Then Shyft looks for professional, experienced movers that will take on your project. Shyft does this by making the approved moving companies bid over the work at their approved mover’s database, and three of the best prices win. Then you will get three quotes from three separate moving companies for you to decide which one you will go with.

Plus, all the quotes are guaranteed prices with no sneaky hidden costs.

From there, and before then, you can reach out to your Move Assistant on Shyft whenever you need to. They are available to you 24 hours a day, seven days a week. You will not be alone pre, during, or post-move with Shyft guiding you every step of the way. And Shyft will do the planning for you while also giving you tips and advice. All with the mindset to get you to your new Nashville home safely and quickly. Plus, you can save up to 600 USD by using Shyft.

So go Shyft, and go home, to the new one that is.