Miami Is The Tech Capital of The US - Prove Us Wrong 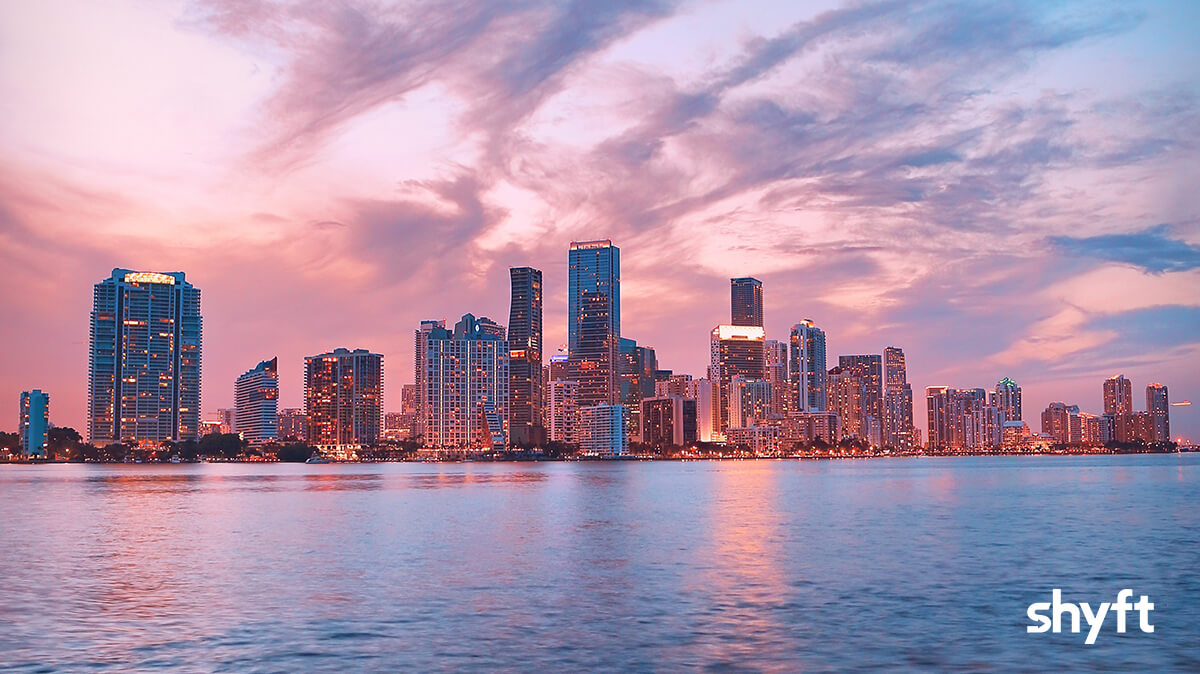 Miami is so much more than fun in the sun, it has become a stomping ground for tech entrepreneurs and venture capitalists, who are relocating from traditional tech hubs to emerging ones. Miami’s reputation for its great climate, chilled vibes, Latin-American influences and white sand beaches is preceded by its new position as America’s next tech hot spot.

Key Figures That Have Made The Move

2020 was a big year for Miami since it had an increase of about 40 percent of people moving to Miami, then people moving out. This is estimated to be about 30 percent from San Francisco, one of the biggest tech hub cities in the US.

Companies moving to Miami do it for a variety of reasons. One could be the tropical climate which could never hurt. However, it is mostly due to the low corporate taxes, as well as no personal income tax. And, the lessened Covid restrictions also do not hurt when it comes to remote working or companies moving to Miami.

Plus, the Mayor, Francis Suarez, is really showing his support for companies, and start-ups toying with the idea of moving to Miami, Florida. And, having support for a figure such as the Mayor is almost as tempting as the lack of tax.

Emir Dukic, founder and owner of Rabbu, says that Miami has similar features to that of Silicon Valley and San Francisco, aka tech startup hubs, in the days of early startups. He explains that there is an “emerging tech culture in a city with great food, art, and culture.” This makes it a great place to live, and work. Furthermore, there are universities working with the community to give it a boost and inspire their students to stay in Miami.

David Blumberg, a managing partner and founder of Blumberg Capital, said that Florida is “actively engaging”. He also mentioned that lockdown showed him a new perspective when it comes to remote work, and a lot of time can be saved with fewer commutes and business meetings. David Blumberg decided that moving to North Miami, Hallandale Beach in particular, would be the right thing to do. This space would give him a “more zen feel,” due to his love of palm trees, which would help improve his high work efficiency. Although, his company is still based in San Francisco.

Everyone Is Moving to Miami, This Can Be To Your Advantage

There is an old saying: if your friends jumped off a cliff would you do the same? Well, Miami is not a cliff and businesses are not your friends. Therefore, the idea of following this moving trend can be more to your advantage. The thing is with the surplus of companies moving to Miami it can mean that you can keep up with the tech and business pulse.

This can be to your advantage in terms of keeping up with what is happening in the tech world, as well as offering friendly competition. The latter is often necessary for the growth and improvement of any company since we do not live in a vacuum nor would we profit from it.

To keep up with what others are doing, or what the trends are or shall be is easier to do when you are living and working in the hub of it. Being out of it can make you fall behind. Plus, the whole vibe of living where like-minded people work can inspire and influence companies to work harder, better, and consistently. Hence, why actors and filmmakers often dream of making a move to LA to keep up with the movie-making trends.

This can apply to Miami.

What Does Miami Gain

Miami is a city, and cities love people. Hence, why the Mayor is pushing companies to make the move to the sunshine state. Furthermore, with an increase in business means that there will be more job opportunities for Miami citizens as well as the businesses making their moves. And if you still wonder where you should relocate to, we made a little quiz to facilitate your moving decisions.

What The Miami Mayor Says

Francis Suarez has been very active, mostly on Twitter, when it comes to gently pushing people to take the moving pluge to live in Miami and to make it a huge tech hub.

Some of his most recent tweets highlight his desire for companies to make the move, indicating his high level of support and understanding to do so. Such as:

It can be easy to see why these types of tweets in a show of support to tech companies, startups, and the likes would influence people to want to make the move to Miami. Business people moving to Miami would have the backing of the Mayor which can be great, certainly so for startups.

It can be easy to see why these types of tweets in a show of support to tech companies, startups, and the likes would influence people to want to make the move to Miami. Business people moving to Miami would have the backing of the Mayor which can be great, certainly so for startups.

Moving To Miami Pros And Cons

What to know before moving to Miami boils down to a list of pros and cons as it does with any city you would want to move to. However, the pros would outweigh the cons as you shall see.

Other pros are the rich nightlife, endless outdoor activities as well as tasty food. Furthermore, it is a cultural melting pot of cultural experiences and people coming together to live in harmony while they work. And while Miami offers a tropical climate this can also lead to high humidity as well as tropical storms between June and November.

It would seem that the trend of moving to Miami is that it will continue its uprising with businesses moving in. This is how it is going so far, but only time will tell. And a few points for you to look at:

If you decide to move to Miami for business purposes we would like to give you a few suggestions. First, as Antonio Khoury, managing director at Compass as well as a principal of the Antonio Khoury Group, said that you should check out the neighborhoods before you make a move.

Every neighborhood has a personality and lifestyle which you have to see if you gel with. Once you find your place our next piece of advice is to look at relocation companies Miami-based. Miami moving help is needed to save you money and, more importantly, time.

Another way you can go about this is by using Shyft which is a moving app for not only Miami moving services, but the rest of the US, too. However, Shyft does believe that Miami is the tech hub of the world and would love to help move people to this growing tech industry. So much so that Shyft is also making a move there, itself.

Shyft highlights itself as being your personal moving concierge with the goal of doing all the organization, of moving in a simple to use app.

Furthermore, you will be connected to your own Move Assistant. They can give you advice on moving and saving some costs, as well as do a video call to get your inventory list sorted out. As well as, send you said list in half an hour. And, the video call will happen when you are free, at any time. From there Shyft will then find trusted, and vetted movers and do all the work when it comes to relocation. And there are no hidden fees, what you agree to pay is what you pay. Plus, Shyft also offers 24/7 customer support for people moving, employees, and employers.

And another piece of useful advice is to get yourself a Shyft Card. This is a fintech where it acts as a digital wallet where employers can send their employees funds to aid with relocation. And, it can also give discounts on some aspects. The highlight of this digital card is that it is all on one dashboard meaning that it saves you time since everything you need to know is in one place.

The whole idea of Shyft is for them to focus on your move, so you do not have to. This means that you can focus on doing your job, while they do theirs and get you there. This is certainly true when it comes to moving to the rising tech hub capital, Miami, where time is always a factor.

You would want to hit the ground running but it would be better to start your run before you make your move. And you cannot do so if you are planning your moving hassles, which usually take 3 to 6 weeks if you are lucky.

To The Tech Future

With more and more businesses, startups, and companies moving to Miami, you would not want to miss out. There are a lot of benefits outside of less tax, the Mayor’s support, and the natural surroundings. Therefore, take a chance with Miami and let your business or startup flow in the tech hub of the US. But, do not be left behind and end up feeling unmotivated. Successful people surround themselves with other successful people. Plus, friendly competition is healthy for a growing company.

And let Shyft take care your individual or corporate relocation for you so you can have a great start to your new business adventure.