Shyft Miami Moving Survey Statistics 2021 - This is How Miami Moves 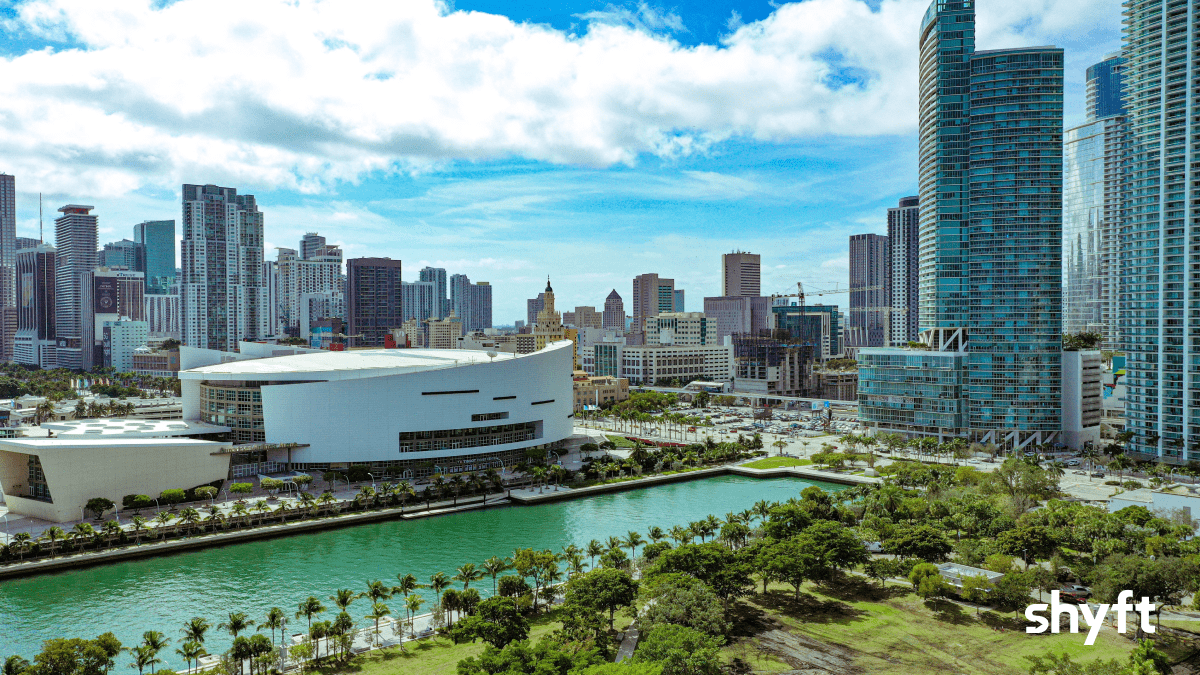 Miami is the burgeoning tech hub in the US, and this isn't the first time that we've made this claim. Now that the numbers for 2021 are in, from multiple sources, it's true that more and more of the tech community are calling Miami home. According to Redfin, Miami has seen the highest surge in home buyers in the US with some 7,610 Redfin users showing an interest in moving to the city of Miami.

Having recently made Miami home to its headquarters, Shyft Moving, the fintech marketplace for the moving industry, recently conducted a moving survey for residents who moved to Miami in 2021. The aim of the survey was to gain a deeper insight into people’s moving experiences to create Miami moving statistics. The move survey was completed online, and participants were people who moved to Miami in 2021, and not only Shyft customers, but the population at large.

A full service moving company or a PDO-type move is how most people that move to Miami choose to do it. Shyft conducted its survey at the end of 2021, and had a good cross section of respondents. The Miami-based start-up has taken the stress out of moving for over 200K people in 68 countries, and is now focused on becoming the relocation resource for companies and individuals moving to Miami.

A Third Moved From New York, California and Other Cities in Florida

According to the survey the largest number of new arrivals to the city of Miami came from New York (10%), California (11%), and other cities in Florida (11%). There is a definite trend in people leaving New York and California for the sunny Florida city, one that has been obvious throughout 2021 for a variety of business and lifestyle reasons. Many people (7%) also moved from the state of Texas, while residents of other states such as Georgia, Alabama, and Arizona, made up around 3 percent of the new arrivals respectively. Interestingly, around 3% of the people who moved to Miami came from outside the US.

Moving is hailed as one of life’s most stressful experiences, so it comes as no surprise that most of the people who moved to Miami used professional moving services. Over 50% of those surveyed went with full service movers, while one in five went with a PDO type move, which is when a moving company leaves a container on your driveway for you to pack with your belongings, and transports it safely to your new home, where you are left to unpack it. Another 20% of respondents purged their belongings and bought new furniture when they moved. Just 7% chose to leave their belongings in storage - whether they were downsizing, or planning to move these items at a later stage.

While most people were generally satisfied with their moving experience, including the professionalism of the crew and the cost of the move, the majority of respondents (21%) said that better organization would improve their moving experience. 13% said that using a professional mover would make the experience better, while the remainder wanted a faster service (12%), more care for their belongings (9%) and a lower cost of move (6%).

As the survey shows, going with a professional moving company can make your life a whole lot easier. And, Shyft can help you find the right one with you. Contact Shyft now so that they can get work in fetching you over three moving quotes from experienced, highly-rated movers.

Almost Half of the Users Were Happy with Their Moving Experience

Finding a good moving company is also hard to do. And, people only know how good a company is after the job is done. As in their experience with a particular moving service can say a lot. Our survey asked respondents to rate their moving experience on a scale of 1 to 5, with 5 being great.

People who choose Shyft to move to Miami have the benefit of receiving multiple moving quote options from a variety of verified movers, enabling them to choose the price and services that suit them most. The best thing about using Shyft is that moving quotes are easy to compare. Once a moving quote is booked, prices will generally remain the same, unless there are external factors such as additional inventory that require a change. Best of all, Shyft services are free for the customer.

Customers often rate their experiences with a business, particularly how likely they are to recommend a product or service to a friend or family member. This is called a net promoter score (NPS). At 29, the moving industry has amongst the lowest NPS scores when compared with all other industries, which generally signals that customers are often not satisfied. Shyft, however, gives every single one of its customers the opportunity to rate them, and maintains a net promoter score in the 70s, almost triple the industry average.

Nearly 60% of Companies Paid for their Employees’ Move to Miami

Companies continue to set up shop in Miami and this is evidenced by the number of businesses that are financing the moves for their employees. 58% of the Shyft survey respondents that moved to Miami did so as employees of a company who financed their move. The remaining 42% self-financed their relocation. Companies who are considering moving their premises or employees to Miami have the benefit of using Shyft Card, the first relocation resource for corporate moves and work from home stipends. Shyft Card allows your business to instantly issue relocation benefits to employees, and they can immediately use Shyft Marketplace in the app to organize their relocation - free of cost.

People are Moving to Downtown Miami

Downtown Miami is the most popular neighborhood for Miami newcomers with almost one in five respondents settling in the area. The second most popular area according to the Shyft survey was Brickell as 13% of the respondents chose to settle there. New respondents have scattered across the city to a variety of areas, driven by numerous factors such as business, family and lifestyle. When it comes to other Miami neighborhoods, new arrivals were pretty evenly split between Wynwood (9%) and Coconut Grove (9%) and Bal Harbour (8%), Coral Gables (8%), and Key Biscayne (8%).

Interestingly, 50% of the survey respondents are making their Miami move more permanent by purchasing property in the city. The other half of respondents chose to rent.

New Miami Residents Chose the City for ‘The Miami Lifestyle’

Miami represents freedom for people who moved there. People rate their lifestyle requirements highest when it comes to reasons for choosing to move to Miami, with almost half citing the Miami Lifestyle and 45% health and wellness as their reasons for moving to Miami. An awesome business climate was also among the top reasons for 40% of the respondents.